This is the next post in a series of interviews with writers who have had their first films, web series, television assignment, etc. make it to the big or small or computer screen. It is an effort to find out what their journey was to their initial success.

First, a word from our sponsors. I am now offering a new service: take the Howard Casner 20 pages for $20.00 screenplay challenge. So much emphasis has been given lately to the importance of the opening of your screenplay, I now offer coverage for the first twenty pages at the cost of $20.00.  For those who don’t want to have full coverage on their screenplay at this time, but want to know how well their script is working with the opening pages, this is perfect for you.  I’ll help you not lose the reader on page one.

Next up: an interview with Jason Cusato, author of When Broomsticks Were King and A Box Came To Brooklyn

Born in Brooklyn, N.Y. in 1975 Jason Cusato infuses a trademark style into his works, which incorporates Brooklyn flavor and skilled filmmaking. Jason’s experiences from being born and raised in Brooklyn is a major influence on his work and has shaped his career as an award-winning independent filmmaker. Cusato has over 40 film projects to his credit; ranging from feature films to short film, documentaries, sketch comedy, commercial work, live shows and music videos working as director, editor, producer and/or co-writer on each project.

Cusato’s first feature as writer, “When Broomsticks Were King”, a documentary about Brooklyn stickball and the heroes who played the game, was accepted into over a dozen film festivals winning several honors. His feature film, “Apostles of Park Slope” was the headlining film at 2010 Manhattan Film Festival and won Best Comedy Feature.

Cusato continues to exhibit his passion for not only filmmaking but his love for Brooklyn with his new short comedy titled “A Box Came to Brooklyn” about a Brooklyn street in the midst of gentrification swept into turmoil when a mysterious box appears out of nowhere, turning neighbor against neighbor.

Cusato is also Festival Director of the Art of Brooklyn Film Festival; an international film festival to showcase films and filmmakers that all have a meaningful connection to Brooklyn now going into its fifth year.

“It may be possible that no one loves Brooklyn more than Jason Cusato, the Park Slope movie maker, who makes films about his borough to capture its ever-changing charm.”

Filmmakers magazine May 13, 2013 by Stewart Nusbaumer

“When Broomsticks were King” was the first. Broomsticks is a documentary about stickball in Brooklyn, N.Y. and the heroes who played the game. It was the first time I took an idea, turned it into a script, then produced it, shot it, directed and edited the entire project myself. My cousin Scott Nawrocki came in at the end to help with sound editing and a friend gave me editing feedback but I did pretty much did everything else myself.

Watching HBO series “When it was a Game” was really my first inspiration to make a documentary about Brooklyn stickball. The HBO series was about baseball in the 40s, 50s and 60s when most ball players had 2 jobs to pay the bills and baseball was a side thing. They played for the love of the game not for money. 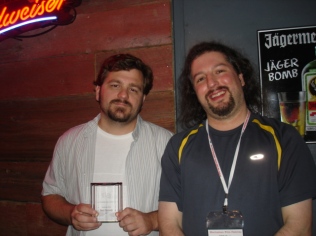 As I watched the series I would think about my dad, all of his cousins and friends. How they would always talk about stickball and how much they loved the sport. Talking about who was the best and where they played, they had so much passion for the game and what it meant to them. Playing every day, all day, even in the winter. I wanted to honor them and the sport itself. I always felt the sport has a very strong connection to New York City as a whole and it also feels as if it is fading away. When I was a kid my friends and I played it, but as I get older I see less and less of it. I felt I needed to do something about this. This was something that needed to live on and always be remembered as a part of New York history.

It was an amazing feeling that is very hard to describe. These scripts start as just an idea in your head. You play the movie inside your head. You are the only person in the world who has already watched it in your own mind. It’s not even on paper yet. You see the film from start to finish. Now you need to transfer that into script format, then shoot it, edit it, etc….. And make it play out the same way it did inside your head years earlier. It’s something I really cannot explain especially when you are inside the theater and the audience is reacting to exactly what you wanted them to react too. Laughing. Crying. Scared. Whatever it may be. Audience reaction at a screening of your completed film is extraordinary!

For “When Broomsticks were King” the hardest obstacle was myself. I wasn’t sure what people would think. Should I make a film? Will people laugh with the film or at the film? Would people even sit in a theater and watch it? Am I a filmmaker?  It took years before I put pen to paper. Even when it was completed, I was thinking, maybe I won’t screen it.

Stick to what you know, especially in the beginning. Just write about your experiences and things that you know and love. This is your strength. No one else has the same experiences as you do. Turn that into a script.

“A BOX CAME TO BROOKLYN”

On a quiet Sunday morning in an up-and-coming Brooklyn neighborhood. naïve manchild Johnny stumbles upon an anonymous box in the middle of his dead-end block. The other residents of Schenectady Street gather to nervously investigate. What’s in it, and who left it? Good-natured Steve struggles to be the voice of reason as local loudmouth Charlie fans the flames of post-9/11 paranoia. Speculation turns to accusation as prejudices and crackpot theories turn neighbor against neighbor. Is Johnny’s farfetched story about the box correct or is there an even more fiendish plot behind it all?

This is such a tough question. There is a difference between movies you just love to watch and movies that inspire you as a filmmaker. It’s hard to narrow down but I would say the films for me that do both are:

Night at the Opera, Duck Soup, Jaws, The Shinning, It’s a Mad, Mad, Mad, Mad World, The Godfather 1&2, L.A. Confidential , The Usual Suspects, Caddy Shack, Ghost Busters, To Live & Die in L.A., Raging Bull  & Seinfeld (TV Show). These are just a few films and TV shows that both I love and inspire me as a filmmaker.

TV is 1000% moving into more of an on-line thing. I guess it’s a good thing, I really can’t say. Live sports is the only thing I think will always be a TV thing.

Movies are moving into a weird place. Downloading, pirating, etc… this all takes away from the film industry, but I think they will fix it since they keep losing money. I think in years to come, when a film is released, people will have the option to watch it on-line or on TV like a rental so they do not have to go to a theater. It will be externally expensive but I think that is where movies will end up. I think people will still go to the movie theater because it’s a great experience. 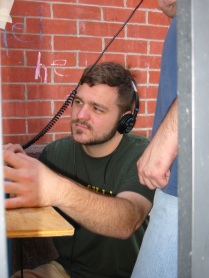 Stick to what you know. Like I said in question #5, just stick to things you know and understand or are interested in knowing more about.

This sounds weird but I love watching lots of movies. I watch good movies to be inspired and bad ones to make myself a better filmmaker.

Another way I get away from the industry is going to the beach, Coney Island to be exact. Coney, and few other beaches in Brooklyn, are some of the best in the world.

When I started, I wanted to be an actor. I was taking acting classes at film school thinking that is what I wanted to be. I think I shit myself the first time I was in front of an audience, I was so nervous and I forgot all my lines. After that I knew I wanted to be behind the camera in some form.

And take a look at the other interviews in this series: