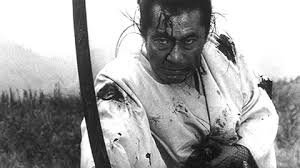 ON NETFLIX: Written by John Hodge (from a novel by Irvine Welsh) and directed by Danny Boyle, Trainspotting is a roller coaster through the lives of some Irish drug addicts as seen through the eyes of Renton (Ewan McGregor), who also narrates. Wonderfully written, electrically directed and splendidly acted, if you haven’t seen this film yet, you should. Also with Johnny Lee Miller, Robert Carlyle and Kelly Macdonald.

ON HULU: In Samurai Rebellion When a Lord wants to get rid of one of his concubines, he 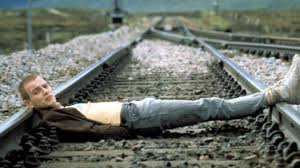 forces the son of his greatest Samurai (Toshiro Mifune, of course) to marry her. They fall deeply in love, but now the Lord wants his concubine back. Will the father and son give in or will they fight for her? Perhaps a little leisurely paced, still this film written by Shinobu Hashimoto and directed by one of Japan’s finest filmmakers Masaki Kobayashi (The Human Condition, Hari Kari, Kwaidan) is a very interesting study of people trapped by their time and culture.

UCLA ARCHIVES at the Hammer Museum: The Underworld Story, Try and Get Me, 1/9; The Argyle Secrets, Gentlemen Joe Palooka, 1/10