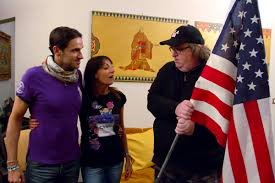 In Dan Ariely’s book The Upside of Irrationality: The Unexpected Benefits of Defying Logic at Home and at Work, the author talks about how logic isn’t always the best way to go and that, at times, it makes much more sense to act in a counter-intuitive manner. One of his chapters is devoted to an age old fault that most people find difficult to ignore: that if someone else comes up with a solution to something, it’s not worth considering since you didn’t come up with it yourself. We, as humans, are more likely to ignore good advice simply because we didn’t think of it first.

This was something that happened to me while I was watching Michael Moore’s new documentary, Where to Invade Next. The basic premise of the film revolves around our intrepid and peripatetic hero Moore, traveling from nation to nation in Europe and studying how each has managed to resolve issues that are verily plaguing us, whereupon at the end, he plants an American flag whenever he takes that solution for the U.S.

His first stop is Italy, which has an incredibly large number of holiday and vacation days, as well as five months for pregnancy leave, shorter work days and two hour lunches. The workers are much happier and seem to enjoy life a lot more, since there’s more life to enjoy. With the result that Italy is just as, if not more, productive than the U.S.

And this is where my defense mechanism kicked in. I said in my mind, yeah, maybe, but Italy has a lot of problems, which means I’m not so sure we should consider adopting such a work place attitude. 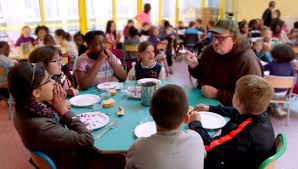 But Moore has a simple and elegant answer to this. And when he said it, that’s when it all clicked for me. He knows that Italy has problems, but, he reminds us, all countries have problems. He’s not asking the U.S. to become another Italy, but only take from the boot shaped country something that does seem to work.

And I realized that if we refuse to do what other countries do just because they are imperfect, then we’ll never do anything another country does, whether it works or not. As a country, we do have an attitude of shooting ourselves in the foot due to our distrust of what other countries do. After all, we tell ourselves, we’re the greatest country on the face of the earth, so if we didn’t come up with it, it can’t be good. In fact, other countries should be taking their cues from us.

The problem is that this works both ways. If we can’t learn from another country for the sole reason that it is imperfect and has problems, then logically no country can learn anything from us for the same reason: we are also imperfect. Being imperfect shouldn’t be a valid excuse.

And with that, Moore had me.

After Italy, Moore traveled to other countries like France where school students are served 5 star lunches, for free (every meal comes with cheese, natch–it is France after all; is vetted by a nutritionist; forbids soda; and looks like something you would see in a place recommended by Michelin);

Slovenia (not Slovakia as Moore goes out of his way to point out) is only one of the many countries that have free college tuition (so their graduates are not hamstrung by debt upon going out into the real world) and in fact, offers classes in English, which Americans are taking advantage of; 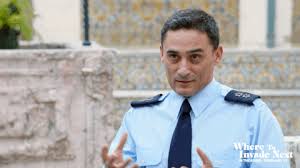 Portugal has legalized drugs (resulting in a lower percentage of users);

France teaches sex education and not abstinence (and has a lower teenage pregnancy rate than the U.S.);

Iceland elected a female President and of the four banks there, the only that didn’t fail in the recession was one run by females, and now all boards have at least three women on it (they also prosecuted the bank owners resulting in Iceland’s economy being one of the fastest to recover);

And this is only a partial list (Moore also covers such issues as health care, prisons, abortion and birth control, birth control and abortion, education).

The movie as a whole throws you off for a while. This is not your usual cynical and biting Michael Moore. This is a Michael Moore who has become more of an optimist. He was there when the Berlin Wall came down. He has witnessed a black president win and be reelected in the U.S. He remembers when being gay was illegal in all fifty states, but now gay marriage is the law of the land.

So his attack on the U.S. is not his usual snarky, bitter and depressing analysis where it often feels as if there is no hope. He actually sees the possibilities, he sees what we can be. And he fills the audience with his hope. And it works. It has been some time since I heard an audience burst into spontaneous applause as I did here.

Michael Moore has now done something that I didn’t think he would ever do. He has made a feel good movie.

I think everyone should see this film.