ON NETFLIX: Galaxy Quest, written by David Howard and Robert Gordon, directed by Dean Parison, was an unexpected delight when it came out. A group of actors from a popular, though long cancelled, sci-fi television series find out that aliens have mistaken the series for reality and abduct the actors for help in defeating their cruel foes. A first rate cast including Tim Allen, Sigourney Weaver, Alan Rickman, Tony Shaloub and Sam Rockwell, among others, make this movie one hysterical satire. 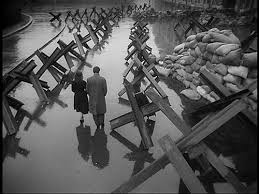 ON HULU: With screenplay by Viktor Rozov and direction by Mikhail Kalatosov, The Cranes Are Flying is one of Russia’s greatest film. Set during World War II, it follows the lives of two young people, very much in love, as their lives are torn apart by Germany’s invasion. The movie wears its emotions on its sleeve, but it’s a very moving and powerful film. Winner of the Palme d’Or at the 1958 Cannes Film Festival.

FIRST RUN and OPENING: Marguerite, The Clan, A.K., Too Late, Krisha, Hello My Name is Doris, City of Gold, 10 Cloverfield Lane, Eye in the Sky, The Boy and the Beast, Backgammon, The Wave, Knight of Cups, Zootopia