About a third of the way through Lion, the new film from director Garth David (he worked on the TV series Top of the Lake) and screenwriter Luke Davies (Candy), the central character, Saroo, has a Proustian moment when he sees a plate of jelebies, a lusciously bright red sweet popular in India. He suddenly has a memory of being a boy less than six years old, deeply desiring such a confection while out working with his older brother in a remote Indian city.

This has a profound effect on him, because as a child he got separated from his brother and ended up on a train that took him to New Delhi where he ended up in an orphanage, subsequently adopted by an Australian couple.

He hasn’t thought about his early life much at all. He doesn’t even really consider himself Indian. But the rush of memory has a profound existential effect on him and he becomes obsessed with finding his way back to his birth mother and family.

The first third of the film dramatizes Saroo’s early adventures in India until he is taken Down Under, as he helps his brother steal coal, helps his mother move rocks, and experiences a little boy’s amazement at nature and the world around him (including being caught up in a swarm of gentle and graceful butterflies), fully innocent of his underprivileged situation.

And these scenes are rich and vibrant. Along with the terrifying scenes of his trying to survive on the streets of New Delhi thousands of miles from home, they are the strongest parts of the film. There is a freshness and honesty here that is exciting and sensual.

But then the little boy grows up and becomes Dev Patel, and at that point it’s get out your handkerchiefs and turn on the waterworks as every trick in the book is used to squeeze out as many tears from those ducts that money can buy.

It’s not that these scenes of Saroo’s Australian home life and his search for his roots are terrible. They’re not. But they’re not particularly good, either, as all involved try to find the reality under the treacly soap operic surface.

The whole film now rests on Patel’s shoulders and, I’m sorry to say, I don’t think he quite pulls it off. To be ruthlessly honest, I just never felt the emotions or situations ever felt that real to him. 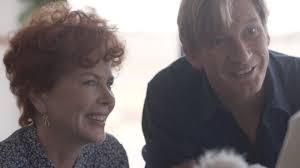 His Australian mother is played by Nicole Kidman, and the screenplay gives her the couple of moments she’ll need to get an Oscar nomination. But for me those moments felt as forced as everything else.

At the same time, it must be said, as everyone involved reaches the bittersweet ending and mother and son are reunited (was there ever any doubt), it is moving. How can it not be?

So see it if you must, but make sure your handkerchiefs are clean, starched and neatly pressed. 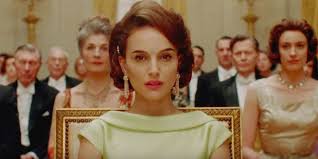 Jackie, the film about the former first lady and the days immediately following the assassination of JFK, is also about a character delving into their past.

As many Americans know, on November 22, 1963, Jack Kennedy, the 35th President of the United States, was shot while in a motorcade after arriving in Dallas, Texas. His wife, First Lady Jacqueline Kennedy, was there beside him, traumatized, but trying to hold her husband’s head together as the car raced to the nearest Emergency Room.

The conceit of the film is that not long after Lyndon Baines Johnson became president and Mrs. Kennedy had to vacate the White House, she invites a reporter to her home for an interview, but one she will tightly control, as tightly as she will control her late husband’s legacy.

The film is basically divided into two parts; the interview itself, and Mrs. Kennedy’s memories of her time in Washington, as well as the days immediately following the assassination.

The section dramatizing her memories are the meaty part of the story. It’s told in a patchwork of images and scenes, told not in linear structure, but as an impressionistic montage of a period of time. 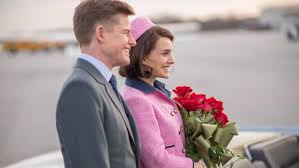 These scenes are held together by the fierce and frightening portrait created by Natalie Portman in the title role. She buries herself in the character, and is so magnetic in doing so, one can’t take one’s eyes away.

She gets ample support from Peter Sarsgaard, Greta Gerwig, John Hurt, Richard E. Grant, Beth Grant and John Carroll Lynch. But in the end, these actors are only the queen’s minions, there but to shine a spotlight on Portman’s complete absorption into the role.

The main issue with the movie are the scenes that dramatize the interview. These feel clunky and forced, never quite believable.

The interviewer is played by Billy Cruddup and I couldn’t quite tell whether the frustration and agony in his eyes were from his character being stifled by his subject at every turn, or Cruddup’s attempt to create a character that isn’t there. Though you have to give him credit for putting so much effort into a hopeless cause.

But I sympathize with the filmmakers. These scenes do serve a purpose. They ground a story told scattershot and piecemeal. The problem is that this sort of structure almost invariably seems incredibly artificial and clunky.

I’m also not sure that with all the brilliance involved, the movie ultimately adds up to anything. In some ways, it’s like a pointilest painting, but here, no matter how far you get from it, it never quite coalesces into an identifiable figure.

But still, it has Natalie Portman.

Directed by Pablo Lorrain (the Chilean director of No, The Club and Neruda) and written by Noah Oppenheim.