Ever wonder what a reader for a contest or agency thinks when he reads your screenplay?  Check out my e-book published on Amazon: Rantings and Ravings of a Screenplay Reader, including my series of essays, What I Learned Reading for Contests This Year.  Only $2.99. http://ow.ly/xN31r,

ON NETFLIX:  3 Women is one of Robert Altman’s lesser known films, but is actually much better than that would suggest.  A character study of three women (Shelly Duvall, Sissy Spacek and Janie Rule) and their odd, almost dreamlike interaction.  Quite intriguing. 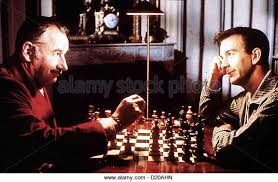 ON HULU:   It’s not quite Hitchcock, but Masques, written by Odile Barski and the director Claude Chabrol, this is a fluffy, somewhat light, but still rather entertaining mystery.  A mystery author talks a big TV star into doing his biography.  The star invites the man to his country house not knowing that the man is looking into the disappearance of his sister who was staying at the star’s home as a friend for the star’s ward.  Philippe Noiret at the star is a delight, worth seeing for his performance alone.

Of Special Note:  COLCOA, the French film festival (that has a ton of free screenings) begins 4/18/2016 http://www.colcoa.org/

Of Special Note: The Noir City: Film Noir Festival begins 4/15/2016 at American Cinematheque at The Egyptian. Not to be missed for any hard boiled fans. http://ow.ly/10qBEm

Of Special Note: Sci-Fi Weekend at the Laemmle Ahyra Fine Arts 4/15-17, including such classics as Invasion of the Body Snatchers, The Thing and The Day The Earth Stood Still. http://ow.ly/10qB6E

Of Special Note: The Complete Metropolis at Cinefamily at the Silent Movie Theater, 4/9 http://ow.ly/10qCoC 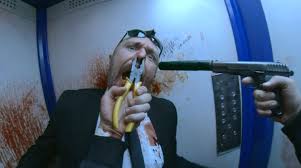 FIRST RUN and OPENING: Hardcore Henry, Midnight Special, The Boss, Miles Ahead, The Invitation, Demolition, Louder Than Bombs, Born to Be Blue, Fireworks Wednesday, The Mermaid, April and the Extraordinary World, Everybody Wants Some, Krisha, The Dark Horse

AMERICAN CINEMATEQUE at The Aero:  Before Sunrise, Before Sunset, Before Midnight, 4/8; The Lady Eve, 4/10; The Producers, The Mating Game, 4/15

LACMA: The Treasure of Sierra Madre, 4/12