First, a word from our sponsors. Ever wonder what a reader for a contest or agency thinks when he reads your screenplay? Check out my new e-book published on Amazon: Rantings and Ravings of a Screenplay Reader, including my series of essays, What I Learned Reading for Contests This Year, and my film reviews of 2013. Only $2.99. http://ow.ly/xN31r 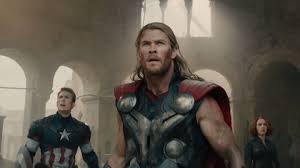 It seems that after razing New York City to the earth more than a few times, the makers of movies from Marvel comics have now decided to turn their eyes on a smaller, more defenseless municipality in the fictional Easter European nation of Sokovia, smashing it to smithereens in the new tentpole film Avengers: Age of Ultron.

And one really has to feel for this poor little town. Not only has it survived World War I, World War II and the Holocaust, the Cold War occupation (under Stalin, even) and the difficult adjustment after the fall of the USSR, it once again is going to be ravaged, this time by a man made robot with sentience.

I mean, I don’t know what this city did to piss off writer/director Joss Whedon, but it must have been really something. It really gets the shit kicked out of it.

The basic premise of …Ultron is that age old trope of this is what happens when man tries to play god. In this variation on the theme, Tony Stark creates an AI to protect humankind from dangers of all kinds. But in true Colossus: The Forbin Project fashion, Ultron, the AI, very quickly, and probably very wisely and logically, realizes that humankind is most in danger from, well, itself and decides to take over to save us from us.

The movie has its virtues and vices. Whedon does his damnedest to bring more depth to the characters and let them take the lead over the CGI. And there are some nice moments. But it’s also true that the emotions and line readings of the often witty discourse feels a bit pushed too far at times (there is one great bit of dialog at the beginning, though, when the head of Hydra asks if The Avengers can be delayed and one of the soldiers says to him: They’re the Avengers).

And the amount of depth to the characters is, as in the earlier entries, often dependent on the abilities of the actors (i.e., Scarlett Johansson, Robert Downey, Jr., Mark Ruffalo and Jeremy Renner easily trounce Chris Evans and Chris Hemsworth).

But the movie also has marvelous performances in two new characters: James Spader as the evil Ultron and Paul Bettany as Jarvis/Vision. While Ultran bestrides the world like a colossus, Vision floats above it like an angel who’s taken ballet.

However, though Ultron may lose the war, it’s Spader who wins the acting battle. He has more screen time than Bettany and, as is usual with the devil, he gets all the best lines.

The movie is most interesting with the set up and the final act. The middle section tended to lose me at times as I couldn’t always figure out exactly what the plot was supposed to be or why people were always doing what they were doing. This section felt overcrowded with too much going on with too many through lines (not just for this movie, but to set up future films as well). 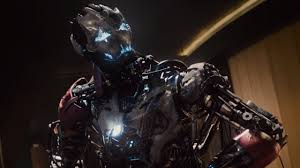 The final third is one huge special effects extravaganza as The Avengers try to bring down Ultron while also evacuating the aforementioned city without the loss of a single life.

And I have to admit, in spite of all the artificiality, Whedon and those who took part did get me emotionally involved in the fate of the citizens of this ravaged city much more than when New York City was the fall guy. Whedon, somehow, manages to not forget the human factor.

For those keeping score, it’s not as good as the X-Men or Iron Man films, but for me better and more enjoyable than the last Avengers and Captain America movie and far superior to the latest Spider-Man movies (and the previews to the upcoming Fantastic Four give me confidence that …Ultron will be better than that).